How to Reach Chandigarh

Chandigarh has a domestic airport of its own, connected with all the key cities of India. Simplifly Deccan and Indian Airlines operate regular flights to the city from Delhi.

Chandigarh railway station has trains connecting the city with almost all parts of India. Shatabdi Express, Jan Shatabdi and Himalyan Queen are the best trains for reaching there from Delhi.

Chandigarh is situated at a distance of hardly 250 km from Delhi. National Highways 21 and 22 run through it, making it easily accessible by road. You can easily get buses and taxis for reaching there from the nearby cities.

Chandigarh has a humid subtropical climate with extremely hot summers and warm to mild winters. The rainy season is in the middle of the year, although the rest of the months are not completely dry. 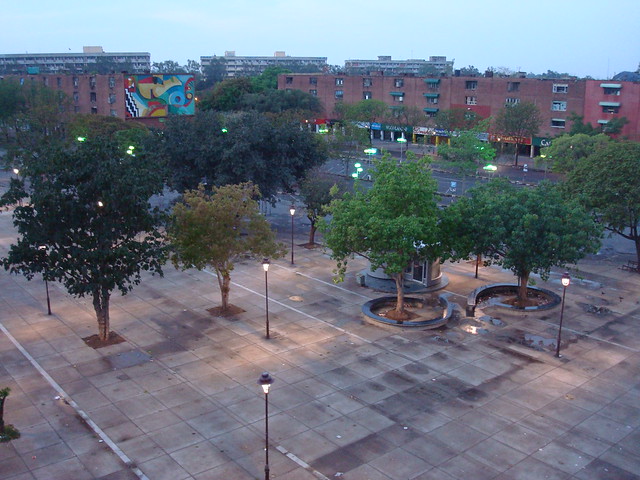 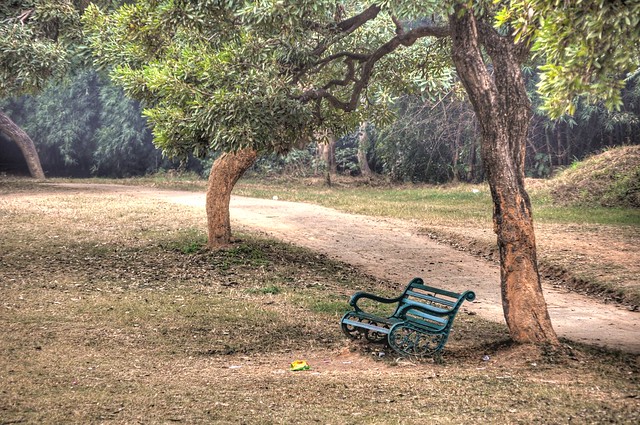 Leisure valley is the most beautiful and popular tourist attraction destination in Chandigarh. Chandigarh Leisure valley is like a garland of gardens that beautifies the entire city. It begins from Rajendra Park in Sector 1 that is basically used for long walks, yoga and other fitness workout activities and stretches till the Bougainvillea garden in Sector 3. It also covers the splendid garden of roses in Sector 16. Leisure valley takes a curvaceous turn, when it enters Sector 23. It is in the Leisure valley in Chandigarh, India that different kinds of theme gardens are set up. 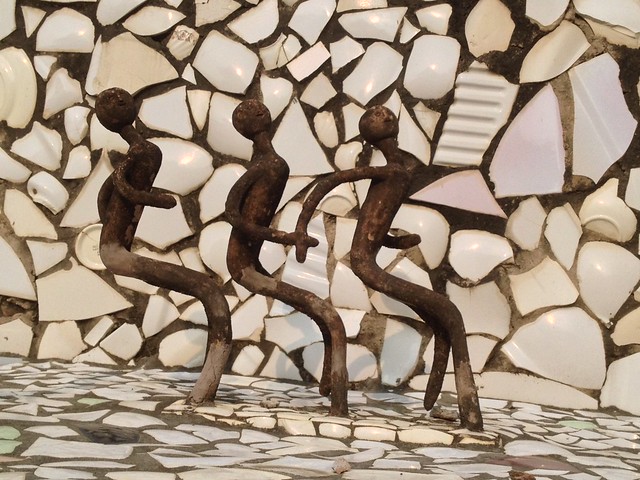 Chandigarh rock garden is an epitome of creativity and innovation. It is a unique garden that consists of various art objects. But the best part about the rock garden is that each of its artwork has been made by using industrial & urban waste. It is located in Sector 1 between the Capitol Complex and Sukhna Lake. The credit for laying its foundation goes to Nek Chand, who was the then Road Inspector in the Engineering Department of Chandigarh Capital Project. Rock garden has been established in the form of an open-air exhibition hall. The garden houses sculptures made by using a variety of different discarded waste materials like frames, mudguards, forks, handle bars, metal wires, play marbles, porcelain, auto parts, broken bangles etc. Rock garden in Chandigarh, India is a unique creation and connoisseurs come from different parts of the world to see this amazing garden. 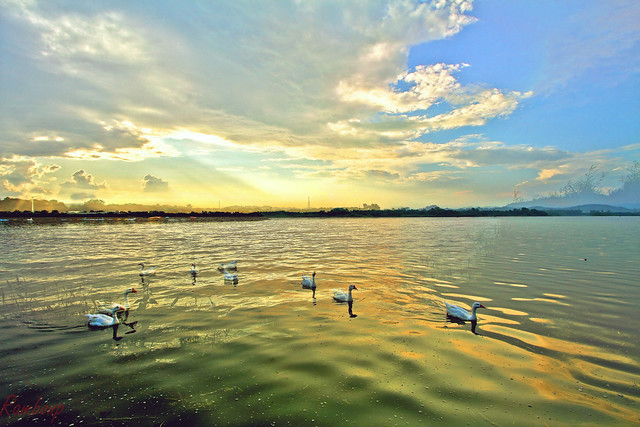 Sukhna Lake is a beautiful lake that lies in the foothills of Shivalik range. The unique thing about Sukhna is that it is a manmade lake. It is a 3 km long lake that was created in the year 1958. It was done by damming the Sukhna Choe, which is a seasonal stream flowing down from the Shivalik hills. Sukhana Lake of Chandigarh, India has become an integral part of the city.People visit this place in the morning to enjoy the cool breeze and the beauty of nature. Chandigarh Sukhna Lake serves as a great picnic spot and an apt place for pursuing water sport activities like boating, yachting and water skiing etc. The atmosphere over here is very serene and thus apt for meditating. Also, you can savor the melodious humming of birds. People come here in the evening time to forget their worries and relax for a while. So, if you want to rejuvenate yourself, then Sukhna Lake is the perfect destination for you. 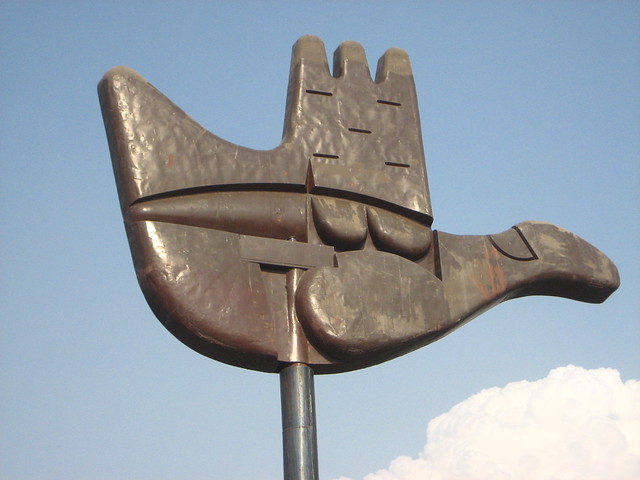 Open hand in Chandigarh, India is one of the most significant monuments of the city. The credit for laying down its plan goes to Le Corbusier. It is located in sector 1 in the Capitol Complex. Chandigarh open hand monument has been designed in the form of a giant hand made from metal sheets that rotates like a weathercock, indicating the direction of wind. This giant hand is 14 metres high and weighs around 50 tonnes. The significance of open hand is that it conveys the social message of peace and unity that is "open to give & open to receive." Open hand is the city's official emblem.

Chandigarh capitol complex houses the seat of Government. Initially, it served as the seat only for the Govt of Punjab, but now it has the headquarters of both, the Govt of Punjab and Haryana. The credit for the awesome designing of the Capitol complex goes to Le Corbusier. Located in Sector 1, capitol complex in Chandigarh, India consists of three main edifices, namely, the Secretariat, the Legislative Assembly and the High Court. There was a plan to build a fourth building also, which is going to be the Raj Bhavan, as in the Governor's Palace or a Museum of Knowledge. However, till yet, it has not come into existence. The three buildings of the Capitol complex stand majestically representing themselves as the temples of democracy of free India. 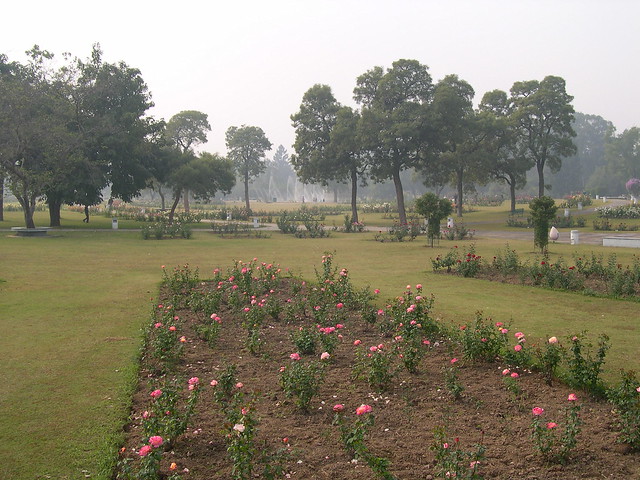 Zakir Hussain Rose Garden, is a botanical garden located in Chandigarh,ans its spread over 30 acresof land, with 50,000 rose-bushes of 1600 different species. Named after India's former president, Zakir Hussain and created in 1967 under the guidance of Dr M.S. Randhawa, Chandigarh's first chief commissioner, the garden has the distinction of being Asia's largest.The garden has not only roses, but also trees of medicinal value. Some of the medicinal plants that can be spotted here are bel, bahera, harar, camphor and yellow gulmohar. The rose plants have been planted in carved-out lawns and flower beds.Apart from serving as a host of other events, the Zakir Rose Garden serves as the venue for hosting the annual Festival of Gardens, a major cultural event of the city during the month of March. Celebrated mainly as a tribute to the magnificence of the rose itself, the attractions include food, drinks, joyrides, and contests of varying nature, such as photography, gardening, landscaping, bonsai, and Rose Prince and Princess. The contests are open to the residents or institutions from nearby places. 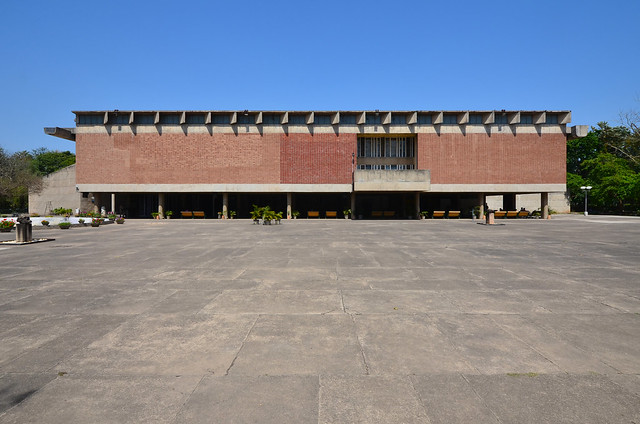 It located in the city of Chandigarh Sector 10-C near the Rose Garden .It Established in August 1947, the building is square 165x165 feet.